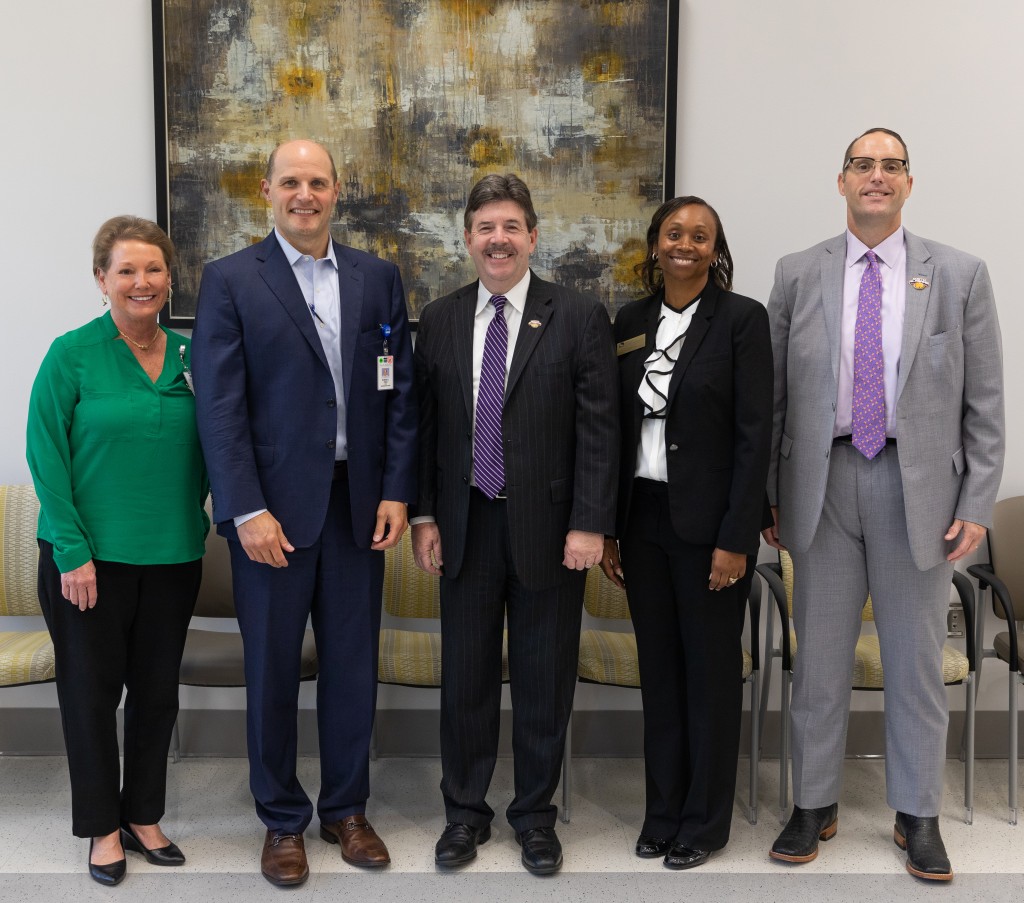 The NAMC Scholars Program will award five scholarships valued at 100 percent of the tuition and fee costs associated with students enrolled in the Anderson College of Nursing and Health Professions. Applications to become a NAMC Scholar are open now.

“Our partnership with UNA gives the students and our future employees a hands-on experience and the opportunity to learn about the many facets of healthcare,” said Russell Pigg, Chief Executive Office of North Alabama Medical Center. “These students have an inspiring drive, and it has been such an honor to get to know them and play a small role in their bright futures.”

With the establishment of the program through the learning agreement, NAMC Scholars in the Anderson College of Nursing and Health Professions will provide NAMC the same amount of service as a full-time employed nurse as the amount of time they received in subsidized tuition and fees.

“UNA and the Anderson College of Nursing and Health Professions, in particular, have a long history with North Alabama Medical Center and its predecessor,” said Dr. Ross Alexander, Provost and Executive Vice President for Academic Affairs. “The establishment of the NAMC Scholars Program provides a different pathway for student success in the in-demand healthcare field and provides a much-needed service to the local medical industry. This agreement is part of UNA’s ongoing commitment to be Alabama’s Workforce Development University.”