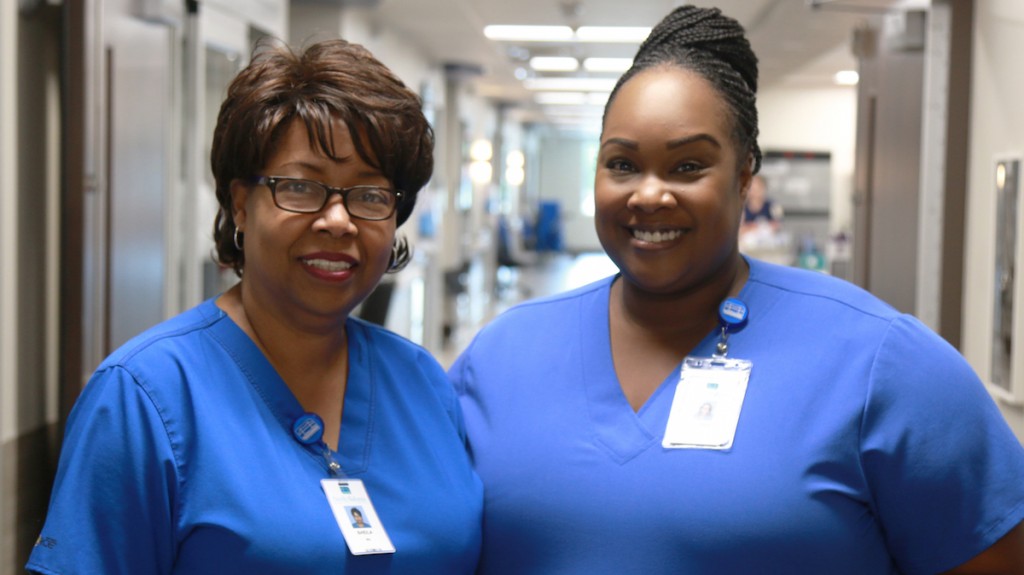 It’s a family affair for mother and daughter RNs, Sheila and Alyssa Felton.

Alyssa says she followed in her mother’s footsteps, literally.  “As a kid, there were many days I’d have to go to the hospital after school and sit in her office while she worked.”

Sheila now works in Pre-Admission Testing at NAMC.
Alyssa admits she gets excited when her mother comes to the unit to pick up charts. “It makes my day to see her up here.”

Alyssa has worked at NAMC for nearly two years. “I wanted her to work here,” said Sheila. “I told her it’s time to come home. It’s good to have family here.”